door Markwast
Hi All
One question for you.........
My heater fan has stopped working in my thema, motor warn out. How do i remove it?

door Maarten-Jan
The heater fan is located between the fire wall and the sepreation wall in the engine bay. If there is enough room then you might be able to remove the unit with everything in place.
Unplug the wires and release the two clamps left and right of the unit. You will not be able to see these clamps as they are located near the fire wall under the unit, besides the entrance of the heater. The difficult part is to release both clamps while pulling the unit out at the same time. Most times it's much easier if you first remove the seperation wall between the fan unit and the engine. This makes it all more accesible.

door Markwast
Hi,
Changed the heater fan today, was a struggle. Think i broke a few things prizing open the unit.
I was not able to find a good Thema fan , but instead used one from a Saab 9000 . Only thing i had to do was to change a plastic collar that locates the motor in place.

door Jepson75
Hi! Been trying to remove the fan today...but even if 'm able to release the two springs, it still feels like something's keeping it in place! Did I miss anything?

The unit moves..but I'm not able to release it. Is it just brute force or are there any plastic clips that keeps it in place?

I know the spring's not fully released inte picture - but I managed it before trying to remove the fan. 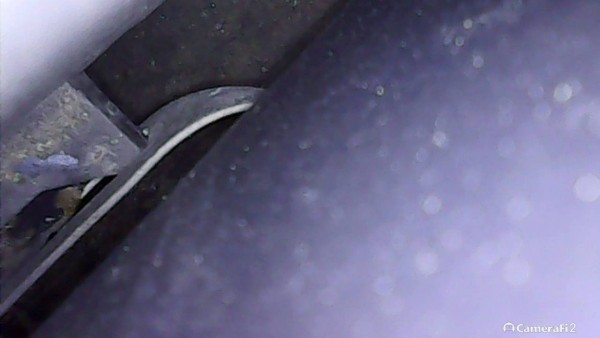 door Maarten-Jan
On the left you can see a little lever which has a metal strip connected to it. This needs to be removed.

door Jepson75
Ok. Do you mean just the wire or the entire lever? Is the lever just to pull out or is it attached with a screw. Doesn't seem to be a screw as far as I can see!
Thank you by the way.

And if it's only the wire...I guess something else is stuck somewhere

door Maarten-Jan
Its the wire! You can push it to the left.

The whole unit is very much stuck in the space it is in. If there is no glue behind the unit, you can freely move it when you loosen the two clips simultaneously. It sits also a bit in the airco unit, sometimes its better to move that unit a bit to the left. I think it is impossible to remove the unit without seriously dismantling a lot in the engine bay. In order to remove it you need to rotate it from the bottom up. You will notice that it won't fit through the open space... it needs some persuasion.

At least it's not glued

.
All covers are already removed as the engine's been out and I didn't bother to refit them as the fan was out of order